Addressing the Talent Crisis in the Oil and Gas Industry

Why SEO PR is Important for your Business 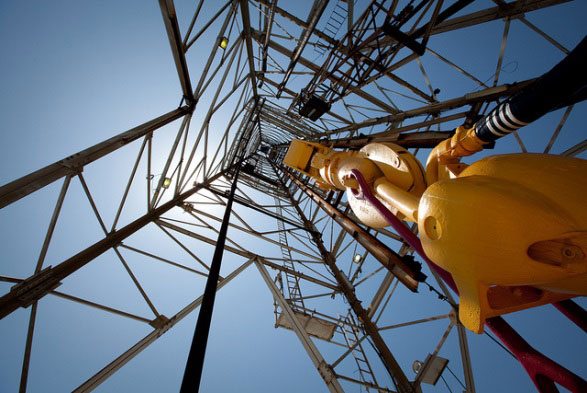 According to a report by the Office of National Statistics in 2014, 45 million tonnes of oil and 37 billion cubic metres of gas were extracted in the UK, 13.5% and 14.0% lower than extraction levels in 2011, respectively. At the same time, levels of energy consumption increased by 1.2%.

These declining reserves, combined with the latest oil price crisis we are currently facing is a wake up call for global businesses and shows that the time of easy access to oil is over. Demanding new ways to drill in much more hostile environments, with approaches like fracking and shale, which were once considered alternatives are now becoming the new norm.

However, the technology advancements that enable these approaches have highlighted an even deeper problem faced by the oil and gas industry. The recruitment, retention and training of a skilled and diverse workforce.

The gender and skill gaps in STEM (science, technology, engineering and mathematics) fields have long been a concern shared not only by academics and experts for a while. But, oil and gas businesses are now seeing real challenges in attracting and holding onto skilled female workers.

The strain in the talent pool in the oil and gas industry is further felt when trying to retain women within the industry, with many respondents saying that they were paid less, had fewer opportunities open to them and had to work much harder than men to prove themselves.

BP published a paper last year (Diversity and Inclusion Report), which reported that the oil and gas industry is still a male dominated industry. This sentiment was shared by 72% of the oil and gas professionals surveyed.

However, there may be a light at the end of the tunnel. The same report is suggesting an increase in female representation within the industry in the upcoming years. Yet the problem is increased by an overall skills gap due to the exit of the baby boomer generation from the workforce. They are taking with them their expertise and valuable contact network, which means organisations are heading towards a crisis, unless their talent pipeline can be strengthened.

Looking at the overall picture in the oil and gas industry it is essential that businesses invest in the training of their workforce. A complex and multi-cultural industry, their workers need to have a specific skill set to be able to reproduce successful results across different continents. Furthermore, in order to succeed the oil and gas industry needs to immediately address the following areas.

Addressing gender imbalance within the industry to immediately reduce the skills gap faced at the moment is essential, with 60% of women graduating today compared with 40% of men, the industry is limiting itself by remaining male oriented.

Larger corporations could act as role models by attracting women into their workforce and investing in their skill sets.

A female presence on company boards also contributes to healthier and higher return on equity and total return for shareholders by up to 35% and 34% respectively, according to Catalyst, an organisation that promotes women in business. For those in doubt of women entrepreneurs, research also shows that women-led start-ups generate higher revenues per dollar of invested capital and they have lower failure rates than those led by men. Additionally, twice as many experienced women as men set up their own business.

Mentoring and training the next generation

Due to the exit of older workforces, emerging leaders are not receiving the same amount of mentoring that their predecessors received. This gap in mentors within the oil and gas industry is worrying when combined with the exit of senior professionals.

When leaving, these professionals take with them their years of experience, leaving younger workers with a knowledge gap which takes many years to fulfil.

This gap leaves new staff at a clear disadvantage when it comes to solid influencing skills such as inter-cultural sensitivity and innovative capabilities, that can be required for career advancements at senior levels.

Due diligence and diversity

How could your business be well equipped without enough diversity within it? It couldn’t. With depleting reserves the oil and gas industry is one that depends on going into new places to survive. If a team doesn’t possess the skills to deal with different cultures and harsh environments, it could fail.

Investing time and resources to get the right people for your team pays of. Therefore, it is important to diversify when looking at recruiting new leaders.

Finally, as one of the most dynamic and evolving industries in the world today, the oil and gas industry is suffering one of the side effects of being a rapidly changing industry, a lack of immediately available and highly skilled workers. Although many improvements have been made and can be clearly seen, from as little as 10 years ago, a lot still needs to change for this industry to reach its full capacity.

Read our blog on how oil and gas graduates can get their foot in the door.