The Future of the PR Profession 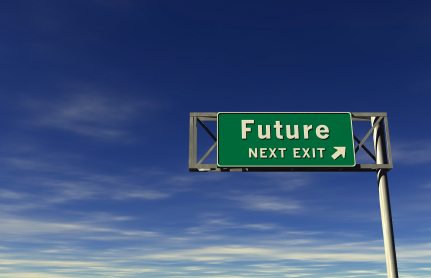 Last Wednesday evening saw myself, Nathalia and Tom attending The Future of the PR Profession event or #FuturePR at the Crowd & I, a PR consultancy that describes itself as disturbing the norm, which it most certainly did.

The speakers were Stephen Waddington, CIPR President and Gemma Griffiths, The Crowd & I MD, CIPR’s 2013 ‘Outstanding Young Communicator’ and now, one of my all-time favourite PR people.

Stephen began his talk with a number of different stats but in short, it’s good news for us PR and future PR professionals – PR skills are increasingly in demand and we’ll be needed more than ever in ten years time. And as some of you may already know the no.1 strategic and tactical element we should be concentrating on is digital.

The history books were dug out by Stephen with an interesting fact emerging that the first press release sent out was in 1906 in response to a Pennsylvania Railroad crash killing 53 people in Atlantic City, which resulted in one attendee tweeting: “Can’t remember the last time I sent out a press release? Pretty sure I just circulate a newsroom RSS feed to key contacts.”

Nevertheless, over half of the room put their hands up when asked whether they’d sent out press releases that week, proving it’s still very much an essential part of our working lives. Personally, I still enjoy writing – and still do send out – press releases, so maybe the future of PR is changing for us all at different speeds.

The main aim of Stephen’s presentation was to address 10 areas of PR he’s identified as needing attention to keep ahead of our own fast-paced profession. These being:

More on those 10 areas in a following blog…

The second presentation was by Gemma whose talk can only be described as one of the most frank, honest – and somewhat controversial – talks I’ve heard.

To start, Gemma completely tore down the traditional PR career ladder stating “hierarchy stifles talent and breeds generalists” and instead she offered the agency model her company adapts called the Progressive Circle Structure (check it out).

Gemma also emphasized the need for the PR industry to really understand what our profession is all about. We need to push the standards of the profession up so that when you say “I work in PR” people don’t think you’re in some fake ‘Ab Fab’ career.

As Gemma said “its PR, not ER” so we just need to work on what we’re good at and stand out from the crowd.

Check out more blogs from us this week about what the future holds for PR as we add to the debate and analyse the event.

Also check out the hashtag #FuturePR (it trended on twitter you know!)