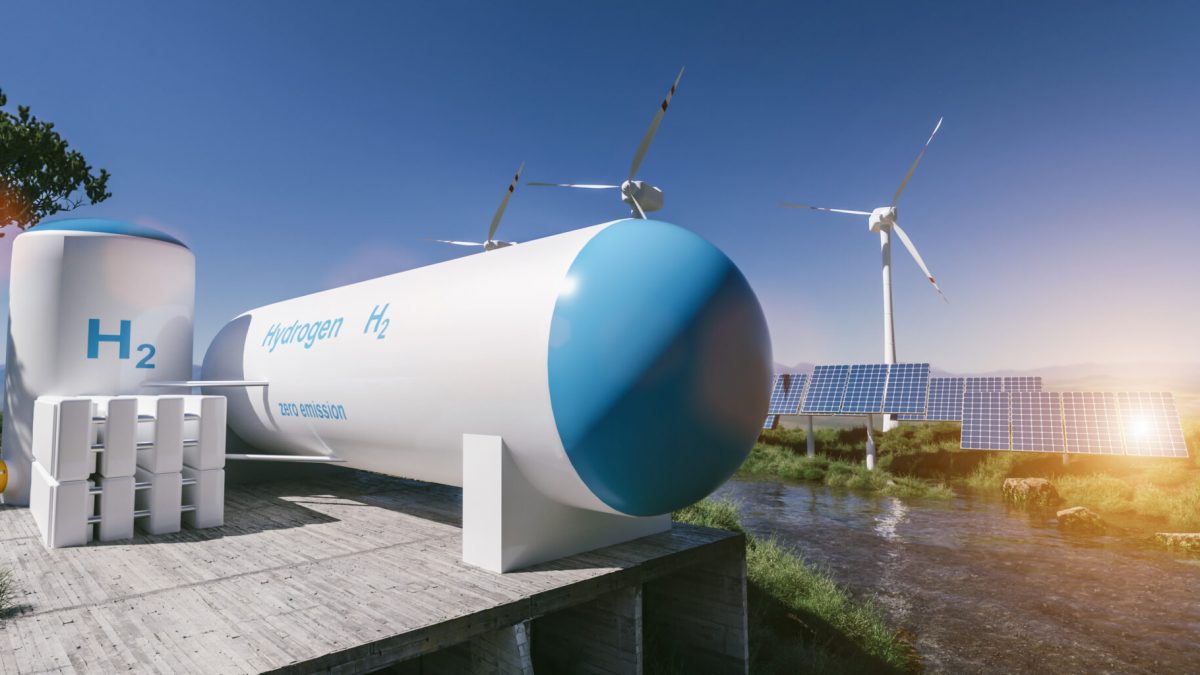 What does hydrogen energy mean to the average person in the UK? Does it fill them with excitement and wonder? When North Sea gas first arrived on our shores it was branded ‘high-speed’ and promoted by a ‘blue-flame man’ together with slogans such as ‘Cook, cook, cook, cookability: that’s the beauty of gas’. Methane (renamed natural) gas was exciting and ‘the future’. Appliances were converted with enthusiasm. Town gas was dirty and expensive whereas natural gas was clean and cheap, or so it appeared.

Today, hydrogen is more understood in the abstract as a flammable gas with vague environmental benefits, but also has a degree of negative PR with its historical associations such as the R101 and Hindenburg disasters. It isn’t associated with nature, beauty and speed, efficiency and cleanliness in the same way as its less environmentally friendly predecessor, and there is no prospect of free energy as there was (albeit unfulfilled) in the 1970s. Currently, the narrative is dominated by the negative, reliant more on fear (even terror) of climate change rather than being presented positively as an unlimited, safe, clean energy source, the transition to which is likely to be relatively seamless and prices comparable. The absence of a downside may be an advantage in itself, but hydrogen also fulfils all the promises of the unmanufactured ‘natural’ gas of the past and this is where public relations can be used to educate the consumer.

What makes an electric car sexier than one powered by a hydrogen fuel-cell? Well, nothing apart from image and a lack of an equal understanding of the relative virtues of both. The public know more about electric cars, solar panels and wind farms because self-interested energy companies are controlling the narrative creating headlines that promote the sunny Green uplands of a future sans fossil fuels. Electric, however applied, has the image, but it also has drawbacks associated with energy storage, which are slowly dawning on us. Batteries are dependent on limited resources which, while not dangerous pollutants and sources of CO2 like fossil fuels, can and will run out. A letter dated 5 June 2019 from Natural History Museum Head of Earth Sciences Professor Richard Herrington, together with expert members of SoS MinErals to the Committee on Climate Change, explained that meeting UK electric-car targets for 2050 would require just under two times the current total annual world cobalt production, nearly the entire world production of neodymium, three quarters of the world’s lithium production and at least half of the world’s copper production. In addition, associated with electric vehicles (EVs), Hydrogen power and technology have fewer environmental drawbacks.

The problem with what one might call, ‘conventional’ sustainable technology, was that it was built on a need for energy security solutions in the 1970s and 80s following the 1973 OPEC oil crisis, rather than environmental necessity, or long-term practicalities. The manufacture of electric vehicles currently leaves its own carbon footprint, plus there are real problems in trying to recycle lithium-ion batteries and the lightweight bodywork made of composites, as well as wind turbines, for example, but these were not on the radar in 1977 when Richard Nixon initiated Project Independence. The development and use of hydrogen, on the other hand, continued separately because it was good, useful technology, anyway. Professor John W. Sheffield of Perdue University, president of the International Association for Hydrogen Energy, notes that the US manufacturer Allis-Chalmers had already demonstrated a 15kW hydrogen fuel cell tractor in 1958, a hydrogen fuel cell forklift in 1960 and an underwater research vessel in 1964 and a hydrogen fuel cell golf cart in 1965, the same year that a hydrogen fuel cell was used in the NASA Gemini project. “Hence, the development of hydrogen fuel cell technology had at least a 15-year head start of the response to the oil embargo of 1973 and 2nd embargo in 1979.” There was no need for an alternative to natural gas in the late 20th century because it was plentiful, local and the UK was thus energy secure.

Descriptions of the hydrogen revolution (for that is what it is) need to be informative, interesting and useful to capture the public imagination and that is the role of public relations. That much of the existing gas infrastructure and even North Sea pipelines can be repurposed and reused for hydrogen is interesting. It is estimated that approx. 15% hydrogen can be mixed with natural gas without modification to existing appliances and this is helpful as an interim step. The public should be made aware of these facts together with option of replacing their gas boilers and cookers with hydrogen-ready versions when the time comes. Then there are the benefits relating to the wider use of hydrogen to power cars, ships and aircraft, all of which need to be clearly communicated.

In November Boris Johnson announced the UK Government’s 10-point plan for a ‘Green Industrial Revolution’ to help deliver on its commitment to zero carbon by 2050. This included extra funding and a commitment to end the sale of all petrol and diesel cars by 2030 and a goal to generate 5GW of low-carbon hydrogen production capacity by 2030. However, lofty aims and funding are not enough. A comprehensive holistic strategy is gradually unfolding that recognises that success is dependent on a variety of solutions and factors working together to fill gaps and produce a workable all-encompassing energy network with hydrogen at its heart. A UK Government spokesperson confirmed, “Low carbon hydrogen will be vital for meeting our legally binding commitment to achieving net zero by 2050.”

Delivery to the consumer will happen in steps the Government revealed. The £500 million investment includes new hydrogen production facilities and trialing homes using hydrogen for heating and cooking, starting with a Hydrogen Neighbourhood in 2023, moving to a Hydrogen Village by 2025, with an aim for a Hydrogen Town before the end of the decade. This will directly involve those taking part in the trials but should be visible and communicated to the public at every stage to ensure the ongoing support and interest that can eventually be translated into good customer relations.

Hydrogen is a vital component in achieving carbon zero nationally and systemically, but systemic change requires national effort, without which no amount of Government initiatives would be enough. The hydrogen industry needs to generate public enthusiasm through a rigorous media engagement campaign. A hydrogen-powered future is not only necessary, but also desirable because it works and means better transport, cleaner heating and more efficient energy in general. That’s the message that the public need to hear.

The production and use of purely green hydrogen from electrolysis is an appropriate and realisable aim with the UK being ideally placed having an abundance of wind power and additional future capacity. But blue hydrogen produced from methane using carbon-capture is a workable and necessary decarbonising interim solution to get us over the net-zero line and beyond as required.

The advance of hydrogen across energy supply and use depends on comprehension, symbiosis and synergy. For example, Sheffield says the challenge with both wind and solar is they are both intermittent energy resources: “Our challenge is to satisfy the power demands; hence hydrogen becomes an Energy Storage System (ESS), similar to repurposed advanced batteries from the transportation sector for stationary battery ESS. Using excess solar & wind electricity to electrolyze water to produce hydrogen gas for energy storage allows for a large growth of both solar and wind development.”

We are going to build a world in which we want to live, not one from which we want to escape. Meeting our basic and more sophisticated energy needs should and can be achieved without compromise of ethics or quality provided investment is not blinkered by either. The advantage of hydrogen is not only that it does not emit CO2, but that it is a versatile, safe and efficient fuel that is to be preferred over existing fuels for its positive virtues in meeting future requirements.

Although 2020 has been a year of imminent threats, 2021 and beyond present longer-term opportunities. Putting aside fear of pandemics, climate change, war and famine, plans still need to be made and carried out to transport, feed, house and warm humanity for the foreseeable future. Much of the fragility of civilisation is in its fundamentals and its long-term survival is dependent on their provision.

The sustainable future of energy is in balance and a division of powers. Achieving a zero-carbon society that works holistically will be a neat balancing act with too many potential pitfalls for comfort. Sustainability means it has to be economically, structurally and socially sustainable as well. Hydrogen is a vital component in achieving this nationally and systemically and that fact will not be recognised without active engagement with both the public and industry, this can be achieved through an active public relations campaign that positions hydrogen as an important fuel in our future energy mix. 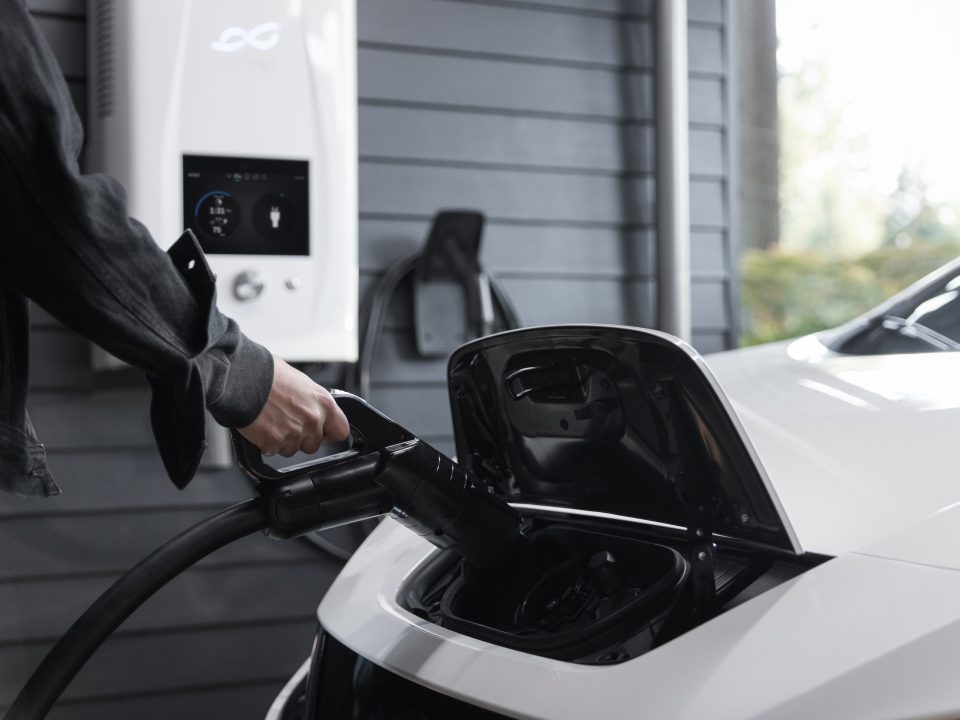 A slap around the face with the cold, wet towel of electric vehicle reality 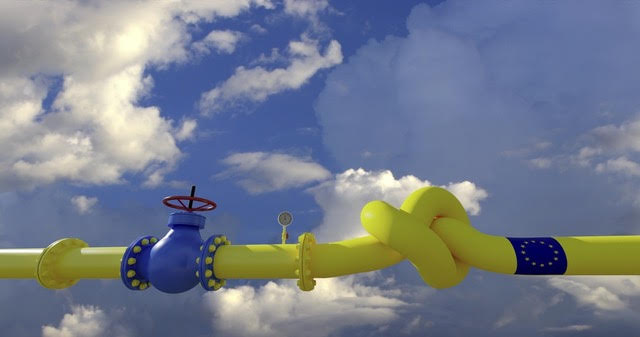